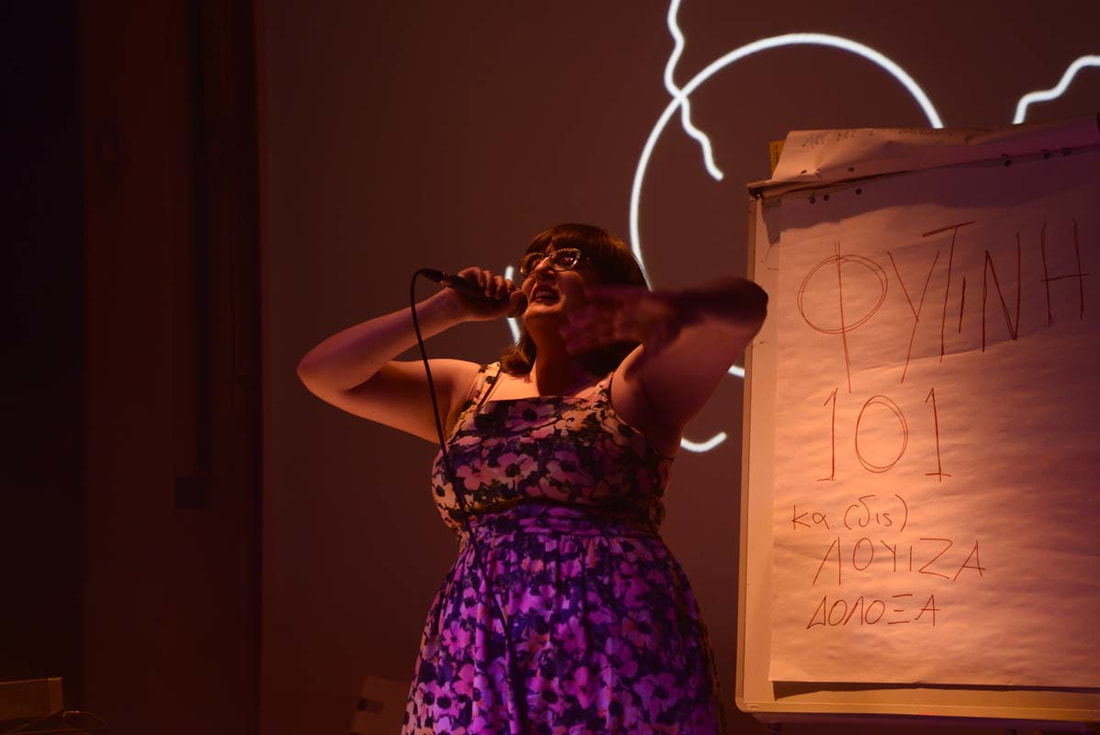 ​
Sound Acts started as an extension and showcase of its parent label, Fytini. Fytini, founded in 2014 by FYTA and friends, is greece’s first queer music and arts label that aims at the destablisation of greek 'altrenative’ music [with its boyish clichés] and the promotion of material of a more intersectional and unpredictable nature. The label comes with its own mini-lexicon [“Lexicon of the New Fytinean”] which establishes queer musical neologisms and pokes fun at guitar-driven cultures of coolness. On the first day of Sound Acts in 2015, Louisa Doloksa and Haris Zofos presented a semi-improvised FYTINI-101, explaining through songs and an unofficial lecture, some of the concerns of the label and to an extent Sound Acts itself. Drag pupil help was provided by Tritotetartes.