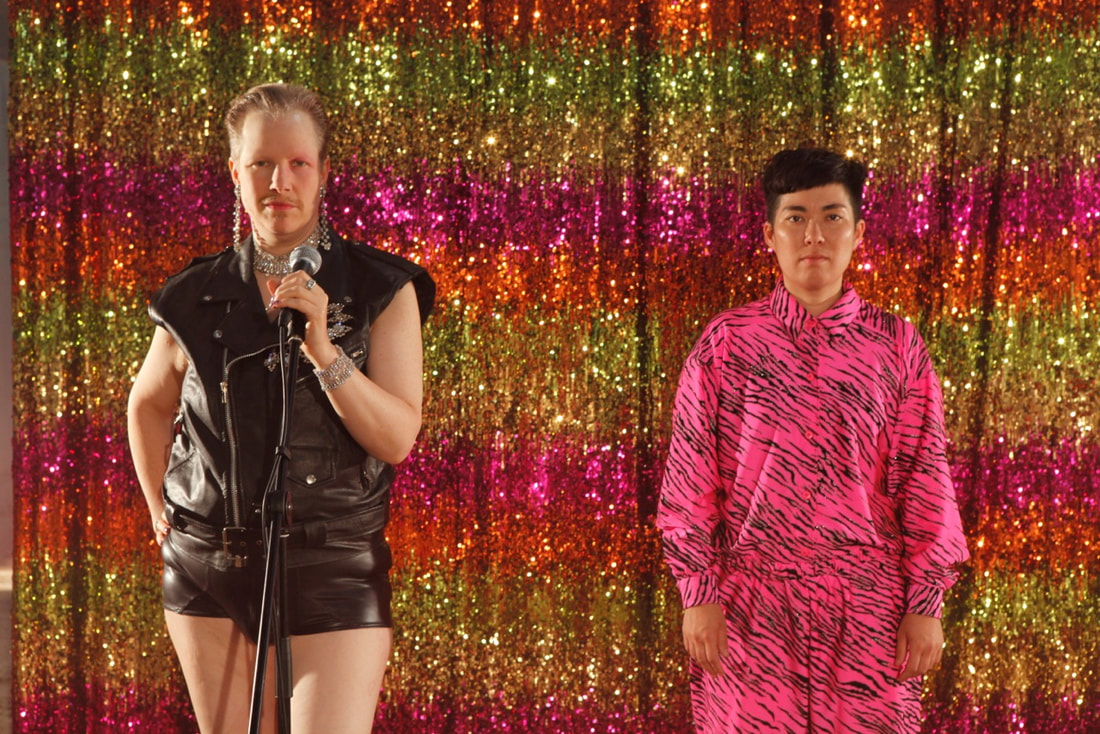 Pauline Boudry and Renate Lorenz have been working together in Berlin since 2007. Their film works often revisit materials from the past, a score, a piece of music, a film, a photograph or a performance, wondering about and excavating unrepresented or illegible moments of utopia in history, at times creating illegitimate collaborations–partly fictitious, partly cross-temporal. Most of their works have been shot on 16mm film material. This demands a concentrated execution and supports the perception that the images show a ‘performance’, as they very often shoot a sequence only one time. Four of their films were presented in Sound Acts for the first time to the Athenian audience: "N.O.Body" (2008), "To Valerie Solanas and Marilyn Monroe in Recognition of their Desperation" (2013), "Opaque" (2014), "I Want" (2015). Stills from the films presented here (copyright by the artists).
​